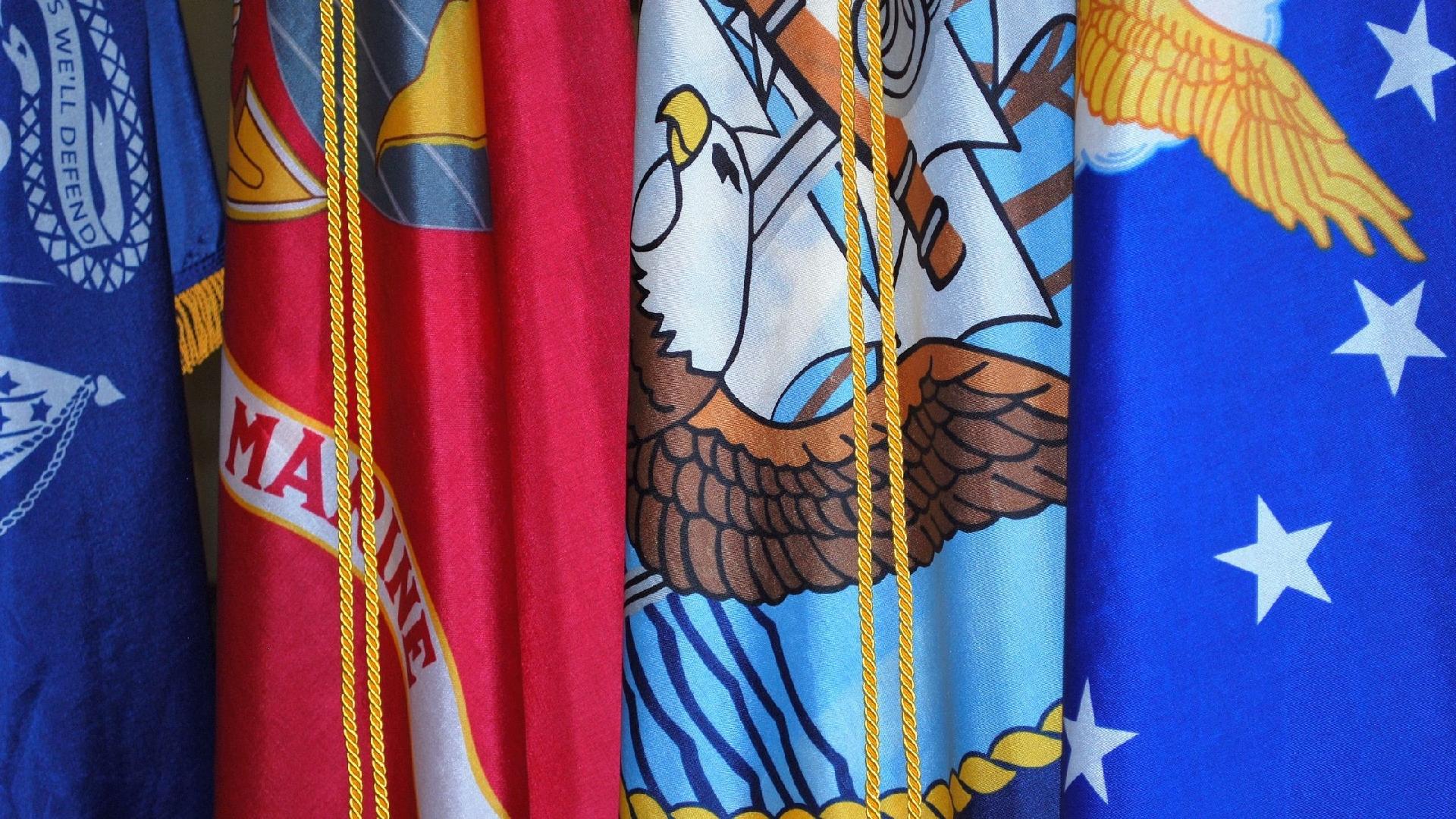 If you aren’t from San Antonio, you may not know that we have been home to a consistent military presence for nearly 300 years. Or that we have one of the United States’ largest active and retired military populations. To learn more about our city’s rich military history, visit our previous blog HERE.

In honor of Veteran’s Day, we wanted to use our platform to shine a spotlight on just a few of the dedicated veterans who work with CBDHR (as REALTORS® and staff members), continuing their legacies of serving the community and helping others. Below are some stories that share a brief window into their time serving our country. We humbly thank each of these veterans, and every active and retired military member reading this. Today we celebrate and honor your patriotism, love of country and willingness to serve and sacrifice.

Andy Smith, REALTOR®
Enlisting to be part of a cause bigger than himself, Andy joined the United States Air Force at the age of 19 and retired as a Chief Master Sergeant. Having joined the USAF because he felt it most aligned with his knowledge and skillset, Andy worked in Intelligence and served his country proudly for 30 years. He is quick to share that his time in military service was an integral part in shaping him into the person he is today.  He credits his current success (in both life and real estate) to the life lessons taught to him while in the USAF. His years in service took him to the Philippines, Greece, Maryland, South Korean, San Antonio, Italy, England, Hawaii, and Germany.

During the interview, Andy shared that his military career taught him to always strive to do more than what is expected.  “If you get comfortable in your job/duties, it is time to ask for more.  You are only growing as a human and in your career/capacity if you are uncomfortable.” When asked about his accomplishments in real estate and where they came from Andy quickly responds, “God made me who I am, my parents raised a little salesman, and the Air Force took 30 years to teach me how to deal with people.”

Enlisted in September of 1995, Terrie served in a variety of assignments involving logistics, customer service, and operations, ultimately becoming an E-8/Senior Master Sergeant. She was inspired to join after visiting her uncle who similarly enlisted in the USAF. Her time in service allowed her to travel much of the world and even “make Europe a second home.” She was stationed in Las Vegas, Korea, Germany, Alaska, Georgia, Turkey, and Texas as well as being deployed to Saudi Arabia, Turkey, Islamabad, Japan, Kosovo, and Iraq.

Terrie is quick to share that her military career provided amazing experiences and was a valuable classroom. Here are just two stories – shared from her perspective – that she included to communicate how much she values her time in the military,

“While stationed in Alaska, I was supervising an Airman that needed to complete her job coursework through testing. She entered the Air Force with English being her second language and did not initially understand the material well. The first time she took the test, she failed. We sat down and went over what the problem was, I realized it was the language barrier, how she perceived the information, and was able to take action. For the next few months we stayed after work every day and did hands on walk throughs of the material. I got to know about her as a person; she ultimately passed and is still active duty today. That was in 2006. About a month ago she reached out to me because she received a promotion she attributed to the influence she received 14 years ago. That experience taught me a lot about caring for people.

The other experience I will mention is one I had later in my career. I deployed to Kosovo in 2014 with NATO. I had spent almost 10 years serving overseas at that point but this time I was working closely with members of other nations. My leadership there were from the Irish Army. My direct supervisor was a Lieutenant Colonel commander from Ireland. I learned a lot of skills I use today during that deployment including patience, resilience, respect for cultural differences, and humility. During that deployment I was the highest-ranking enlisted member so I was responsible for all the Air Force members deployed to that location. Keeping everyone focused and engaged was not easy but very rewarding.”

Terrie did share that her transition back to civilian life wasn’t always easy, but she has found at CBDHR that helping families on their home ownership journey takes full advantage of the skills and experiences the USAF provided her. She is now a proud mom of a Marine. Her son joined in January and continues to serve his country through the pandemic, making his mom very proud.

A proud Army airborne infantryman, Wayne served for a total of six years and became a Captain before he left the service branch. Volunteering with the goal of becoming a paratrooper, Wayne served in Georgia, North Carolina, Panama, and Vietnam. Prior to joining, Wayne had only seen one other country outside the US. Because of his service he was able to travel to Panama, Vietnam, Thailand, and Laos. He appreciates these valuable experiences and time experiencing other cultures.

When asked if he recalls any particularly humorous or unusual events, Wayne just smiles and says, “that’s classified.” He was able to impart some of the leadership skills he developed in the Army. In particular, “seek input from the people who do the work. Although the leader is the boss, the boss does not always come up with the best solution to challenges. Use the brain power of the group when possible to develop a plan of action. If you are in charge, don’t be afraid to make decisions.” Mario is a proud veteran of the United States Army who served at Ft. Bragg and Ft. Campbell. An enlisted soldier, Mario became an E-5 Sergeant and chemical specialist who monitored chemical machines. Joining the military provided Mario with a great springboard and valuable skillset for his current career in real estate.

When asked about his boot camp he remembers all his Drill Sergeants and shares that he’d love to run into them one day and ask how they truly felt about him as a soldier. His biggest tip for making it through training is to make one or two solid friends you can really lean on throughout the experience. Mario is still proud to share that his finest moment in training was knocking out 101 push-ups in one physical test. His military career took him to Germany, Kuwait, Afghanistan, Kandahar, and several cities stateside. One particularly valuable lesson Mario learned while serving is the importance of networking. Pauly enlisted in the United States Coast Guard at 17, directionless but eager to learn. Following a high score on his entrance tests, Pauly’s time in service was spent initially on the Texas Coast, in Search and Rescue, three years in Honolulu Hawaii, and also included a short trip to Alaska. His ship in Honolulu was tasked with servicing aids to navigation in Hawaii and the South Pacific. Pauly fully appreciates that he was presented with a fabulous opportunity to excel, and after graduating second in class from Quartermaster/Signalman school, was given his choice (Hawaii) as a duty station.

Asked to recall his most memorable experiences, Pauly relays that he served during a rare time of peace for the US. His ships’ missions included working with the US Fish and Wildlife Service studying rare birds and turtles on remote islands in the middle of the Pacific Ocean. “We anchored off of Howland Island for two days and ferried back and forth to the island where Amelia Earhart is thought to have crash landed on her last flight. We were sometimes met by dozens of dolphins who followed us back and forth. I also served for a short time aboard USCGC Jarvis, a 360’ High Endurance Cutter. We did fishery patrol in the Gulf of Alaska, survived stormy 60’ seas, saw the Aurora Borealis a few times, and got to fish for wild salmon and Alaskan King Crab while anchored in Kodiak, AK.”